different can be normal 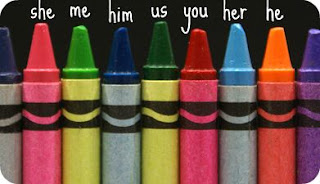 I spent four hours yesterday sitting with a friend, just listening.
~~~~~
He had somewhat disappeared over the past three months
and I had been worried about him.
I found out today that he had gone through a rough time,
having suffered a personal loss,
greater than something most of us would have been able to handle.
But he was full of stories and laughter
and had a sparkle in his eyes.
The sparkle wasn't quite as brilliant as I remember it being,
but none the less, it was still there.
~~~~~
He's the type of person who takes risks that would scare most of us,
giving more than he takes,
yet he never seems to look back with any regret....
only forward, asking for more,
with a "bring it on" attitude
and no matter how things turn out,
he chalks everything up to "life experience"
~~~~~
Personally, this is the kind of attitude that scares the crap out of me,
but yet I appreciate it in him.
I play it safe.
I plan.
I don't "fly by the seat of my pants"
I'm cautious.
I take baby steps, never giant leaps.
I'm pragmatic.
I'm not a risk taker
~~~~~
But today,
while talking to my friend,
I thought to myself....
~self, you need to throw caution to the wind
and take some chances
every now and then~
~jump in with your eyes closed~
~take the other road and see where it takes you~
and then I came to my senses,
because I know that that's just not who I am
and that's okay
~~~~~
And then I realized that's why I have this friend....
~because we are different~
~~~~~
so once again, I was reminded
that as humans,
we tend to forget that it's our differences
that make us ALL normal.....
and sometimes we all need that little reminder.
~~~~~
So I ask you today.....what makes you normal ??