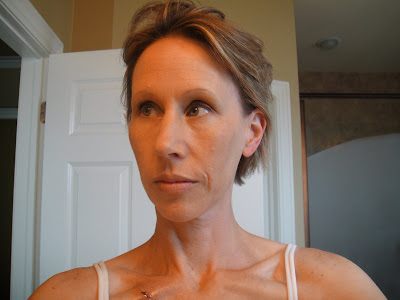 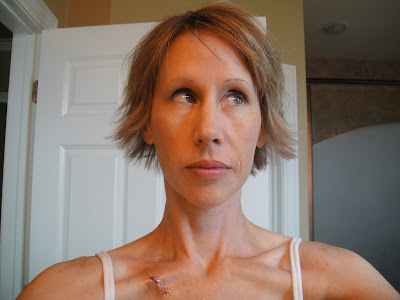 on the days I don't shower
~gasp !...did she just say she doesn't shower everyday ?~
I'm usually in the mood to just throw on my baseball cap and go
~~
sometimes
when I brush my hair it actually goes back to what it looked like the day before
in which then I run out and buy a lottery ticket
because
luck like that doesn't happen very often
but
usually I get something flipped out like this 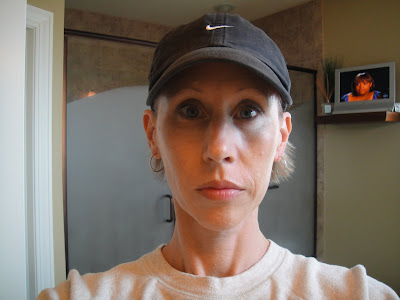 so a few times a week
this is the head attached to the body that looks back at me in the mirror
that runs out to do errands
with hopes of seeing something beautiful and distracting
so she can take photos instead
~~
and
on this day late last week
it was cold
as in needing a sweatshirt all day cold
and
I loved it
~of course that was after "the view" was over
which I only watch in hopes of actually seeing joy sucker punch elizabeth~
*
~and here's how I spent my rainy day... yesterday~
Posted by beth at 2:35 AM