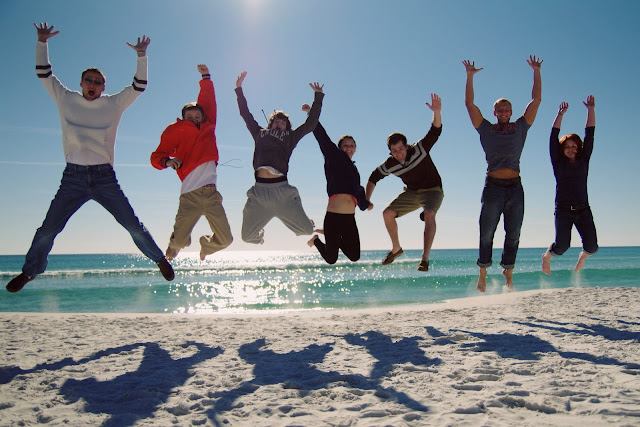 jumping makes you smile
~seriously. it's impossible to jump with a frown on your face. try it~ 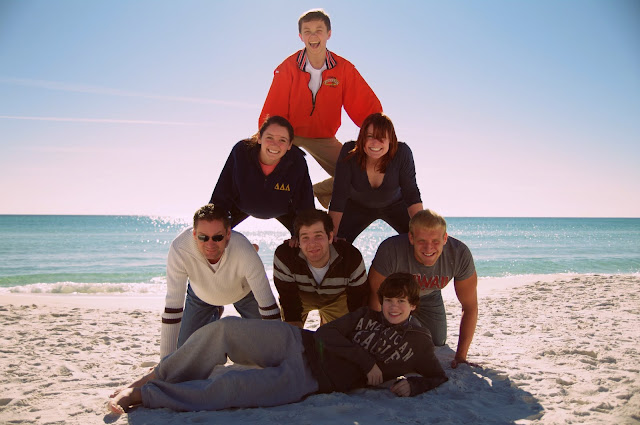 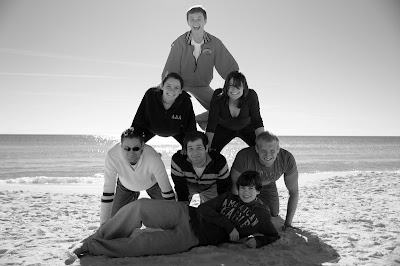 this family is from louisville, kentucky and when i approached them about a photo. well somehow i just knew they'd be amazing. when we finished the jumping photos they wanted more. they said how about a pyramid. i said are you kidding me. yes. one hundred percent yes. the dad quickly did the math. twice actually {gotcha chris} to figure out that we'd end up with a
cutie patootie in front of the pyramid base.
i have to admit. it was perfect. they were perfect. 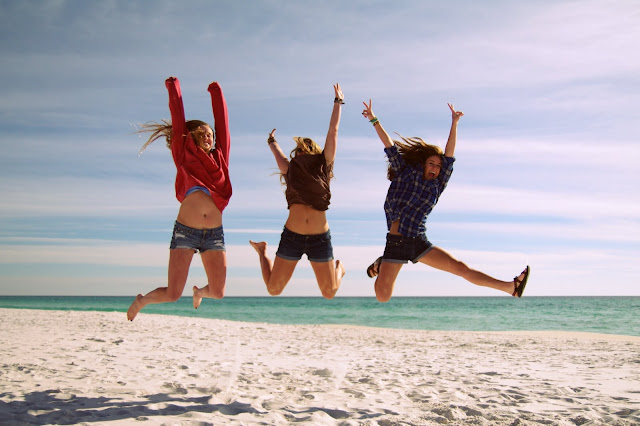 then i ran across these three girls. wow. more perfection.
~i think i forgot to ask where they were from~ 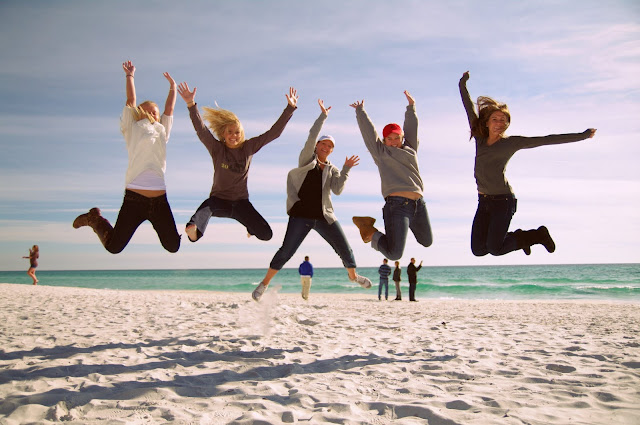 let's take a closer look at this photo for a moment.
i mean i know i'm kind of good at this jumping thing and capturing really cool photos.
but come on. even i can't do the magic that happened behind this photo.
~
the single man between the leg space of the girl in the middle. and then the other group of people standing under the bent knees of another girl. wow.
~umm. yup. forgot to ask where they were from, too~ 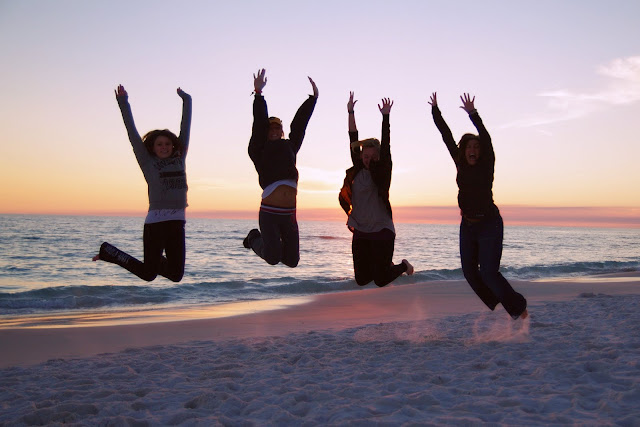 and
at the end of the day. before heading back to my cottage to watch the golden globes.
i found this family from nashville watching the sunset.
actually one of the girls is from wisconsin. cheese heads unite.
~
the mom had a new camera. so i showed her a few things. she said she really didn't know how to use it and i was happy to help. then like i always do. i took a few photos on her camera first. then a couple on mine. i'm not sure where my settings were. it's a bit dark. even for sunset.
but hey. they jumped.
i had another people connection. smiles and laughs were seen and heard.
and really. by the end of the day. isn't that what we all want.
*
Posted by beth at 6:39 AM