my kids are home and they brought me international gifts... 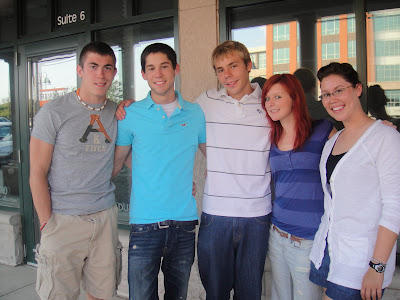 my kids have spent the better of the summer in southern indiana
working as YMCA camp counselors
~~
a camp where they have practically grown up at
a camp where they have friends and make new ones every summer
a camp that will always have a special place in their hearts
~~
in the photo above are my kids
with some of the other counselors they worked with all summer
that made the 8 hour drive home with them
just to spend some time in wisconsin before they head out on their other adventures
around the united states
~~
~left to right~
david from sheffield, england
my son
quinten from johannasburg, south africa
alice from cheshire, enland
and
my daughter
~~
people say we look alike
~I don't see it~
what do you think
? 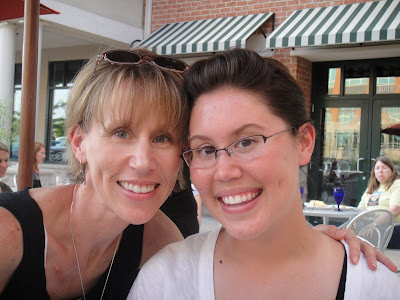 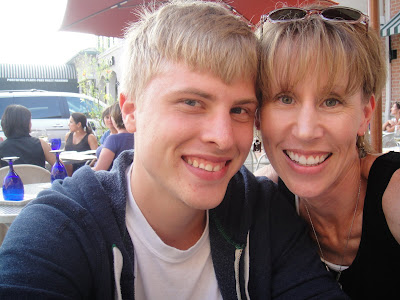 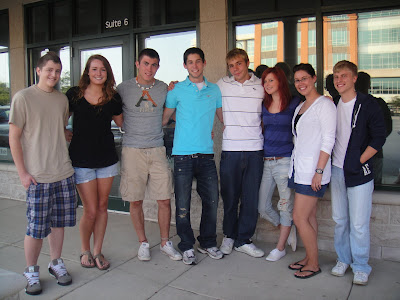 I took them all out for dinner the other night
well
most of them
as the young ones had already made their own plans which included some extra kids
but
they all showed up at the restaurant so I could at least get a group photo
{yes, I begged a little...okay, a lot}

this wild group then left the next day for a concert in milwaukee
and
the only way I allowed them to do this was with some bargaining power
{darn...I just realized the large format photos cut off nate on the right side...I might just have to re-post one of them
as he is the one who got the "most air"....which I just did as the first photo} 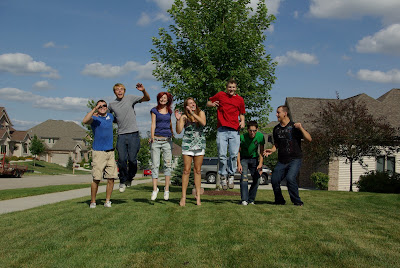 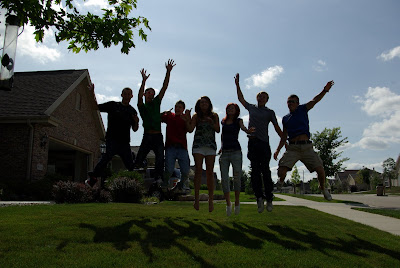 and
now I've decided that along with regular jumping photos
jumping photos with shadows
are even better
*
thanks david, alice and quinten for staying here in wisconsin with us and making me laugh
while falling in love with all of your accents
*
safe travels
Posted by beth at 2:08 AM