i can see you 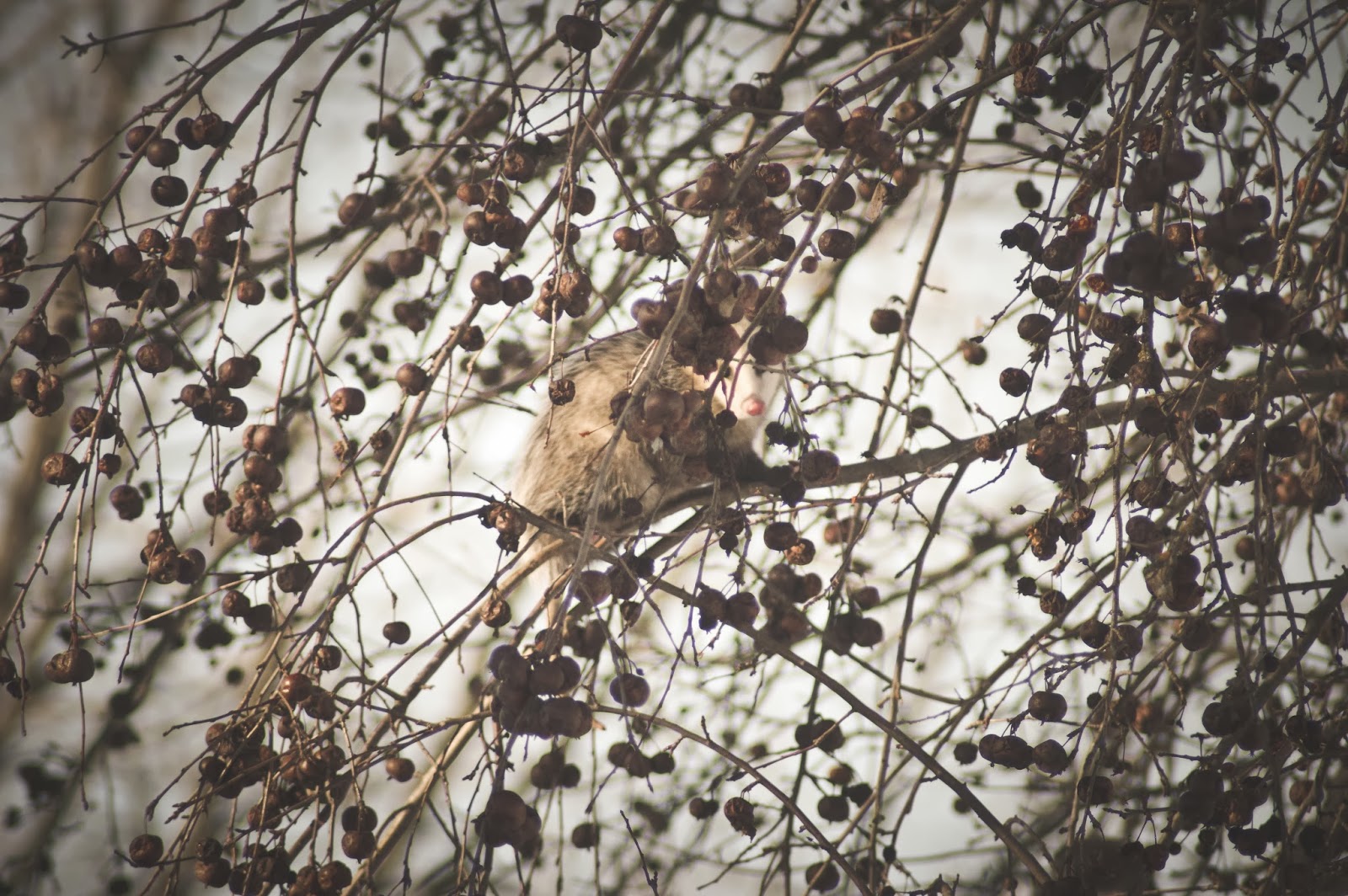 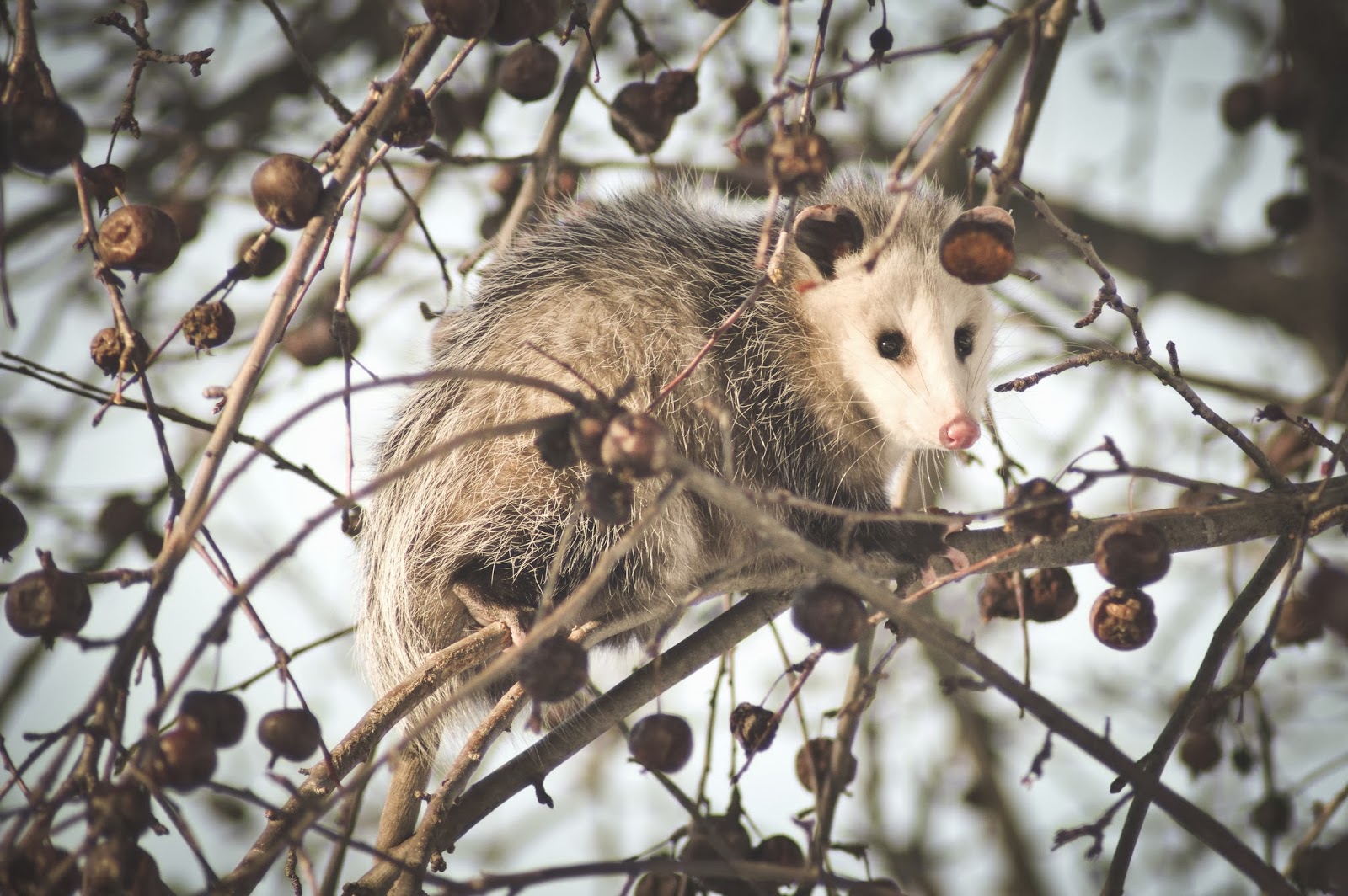 i have to admit that with post christmas tunes still in my head, "a partridge in a pear tree" did come to mind. i wonder if anyone ever thought about "a opossum in an apple tree?" probably not. snort 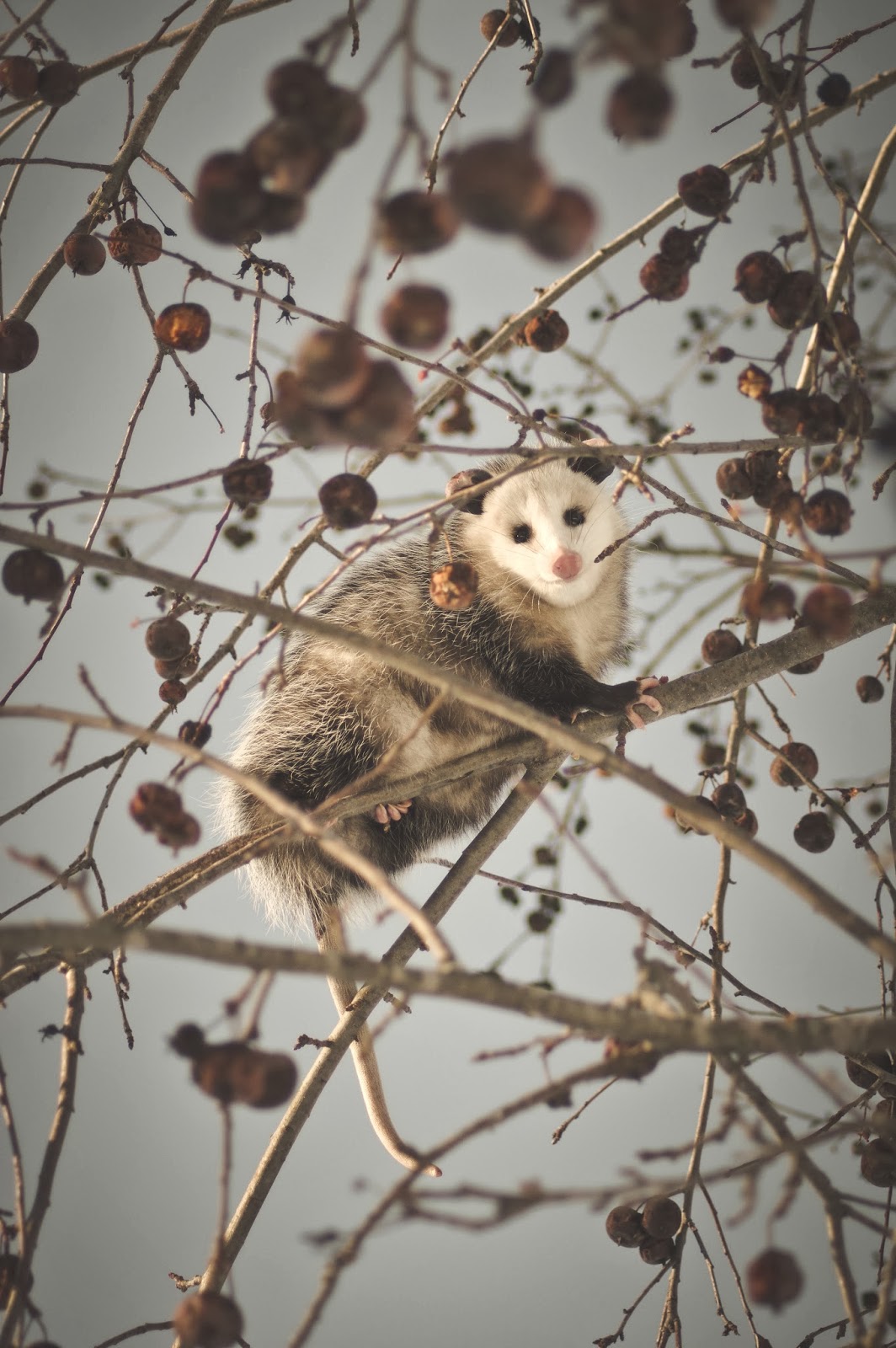 he didn't move, but his eyes followed me everywhere. 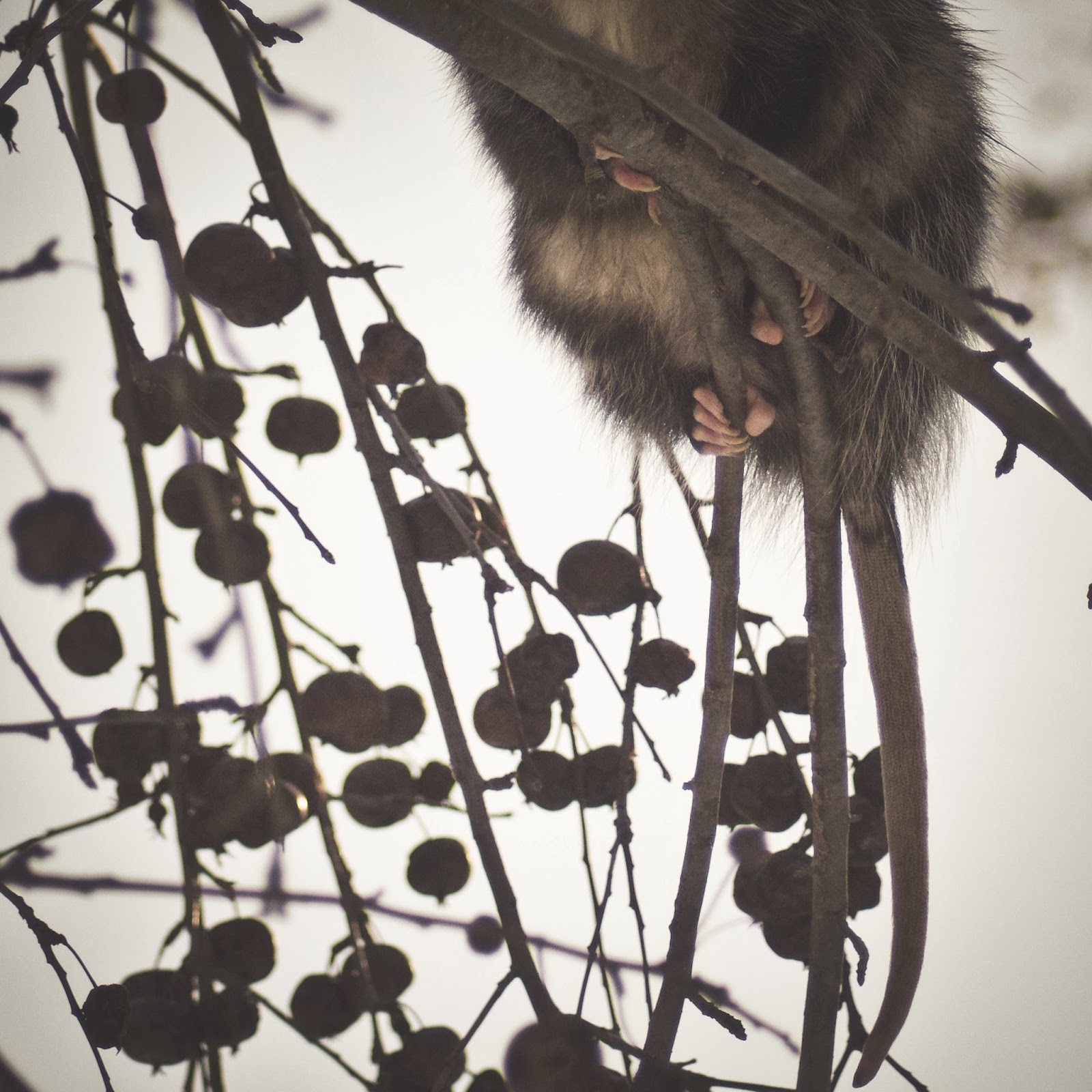 come on, even if you think they look like rats on steroids, you have to admit his little hands and feet are adorable, right. no? 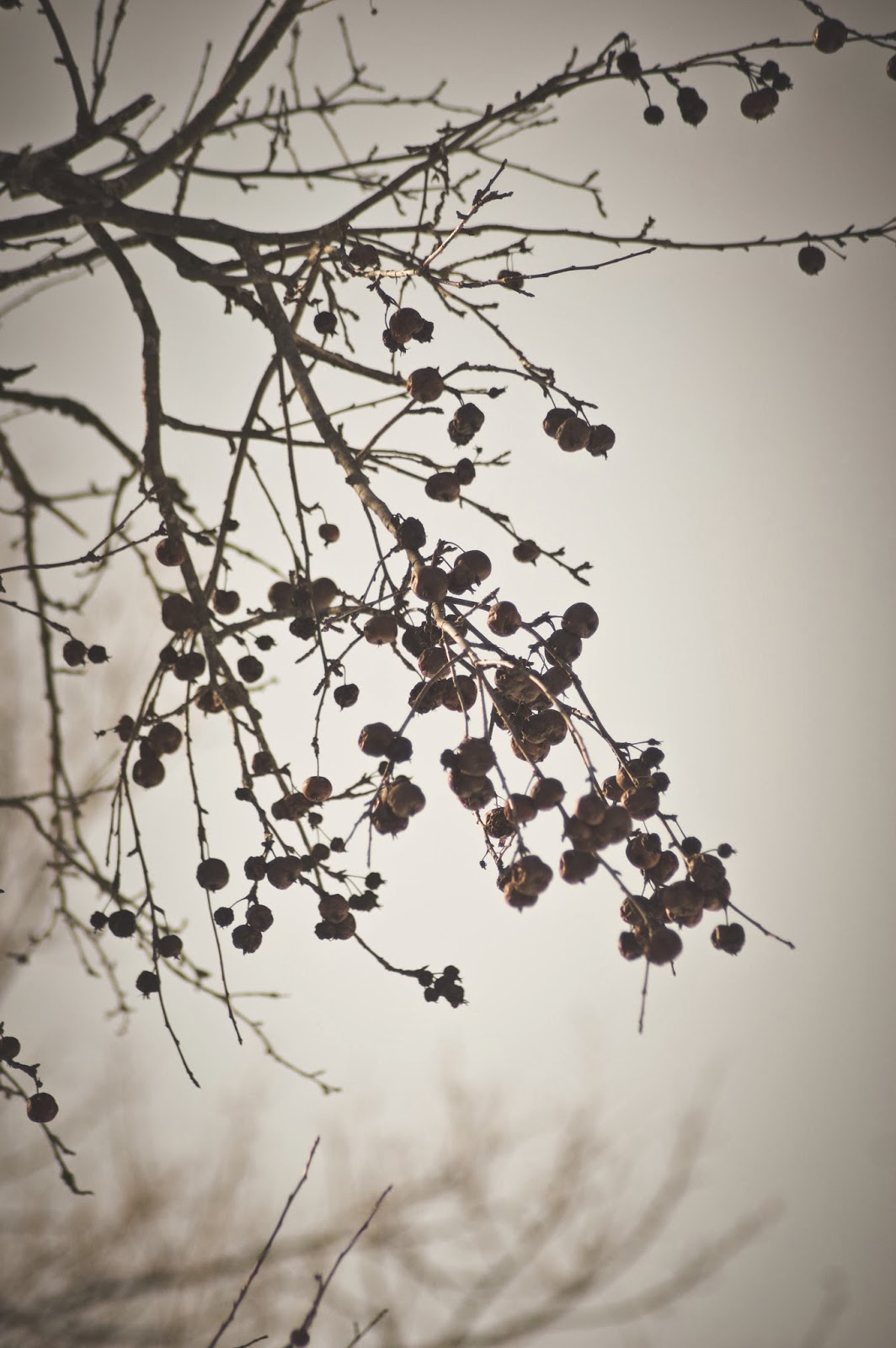 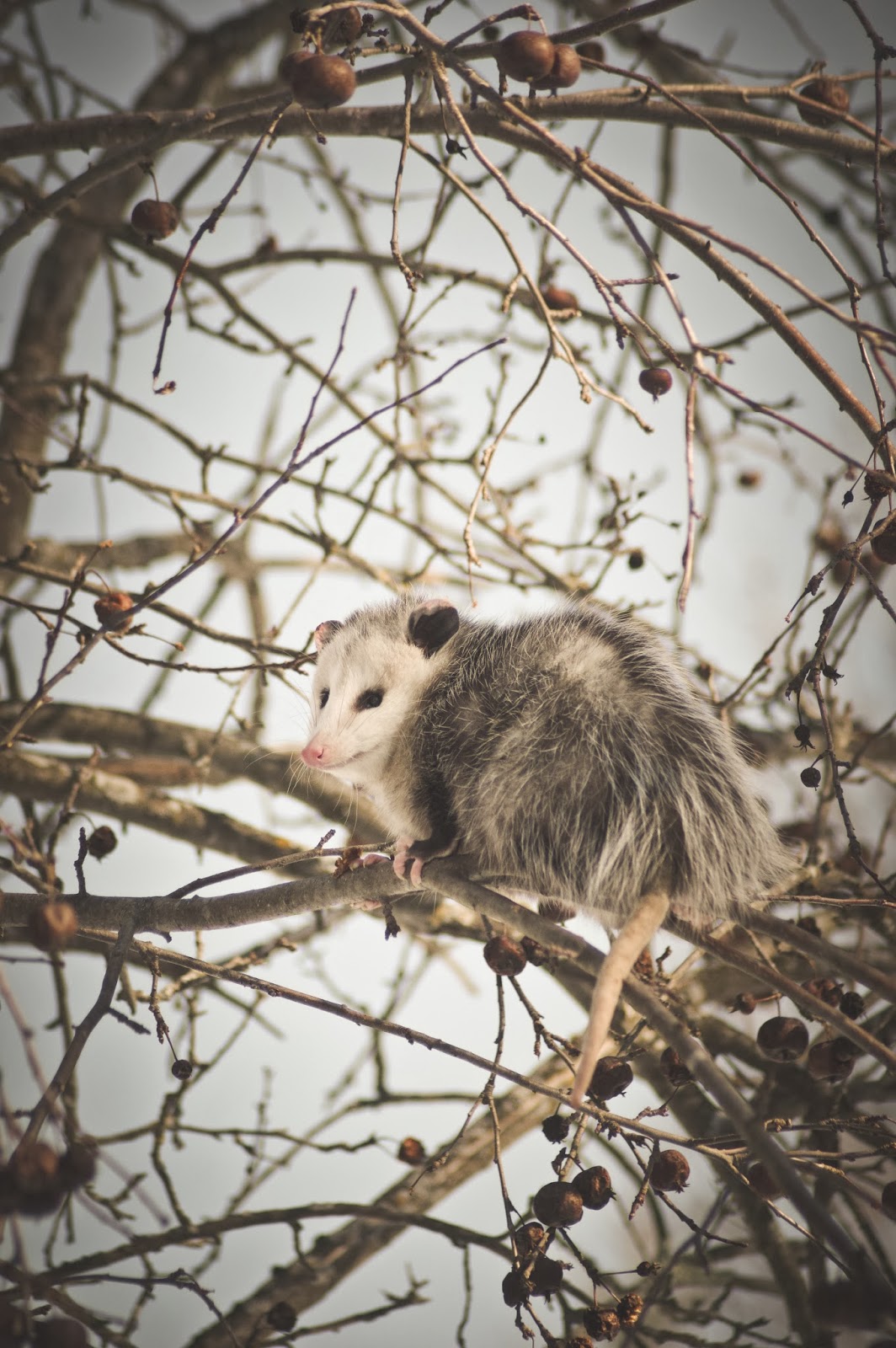 after hiking away from him we thought for sure he'd go back to wherever opossums spend their winters, but he was still there and had turned his head to look at me. i think in the photo above he looks a bit mean and i did hear a tiny hiss come out of him just as my hubby was saying, "uh, i think that's close enough."

for a tiny moment i had visions from a scene in silence of the lambs. you know, the one where hannibal escapes from his "cage" when the security officers bring him his meal and he basically eats the face off the guard. i mean really, does anyone know if a opossum in an apple tree, feeling perhaps a bit threatened by a woman with her camera would or would not leap out and land on so called photographer's head? wow, i am so brave...or stupid. take your pick. snort. 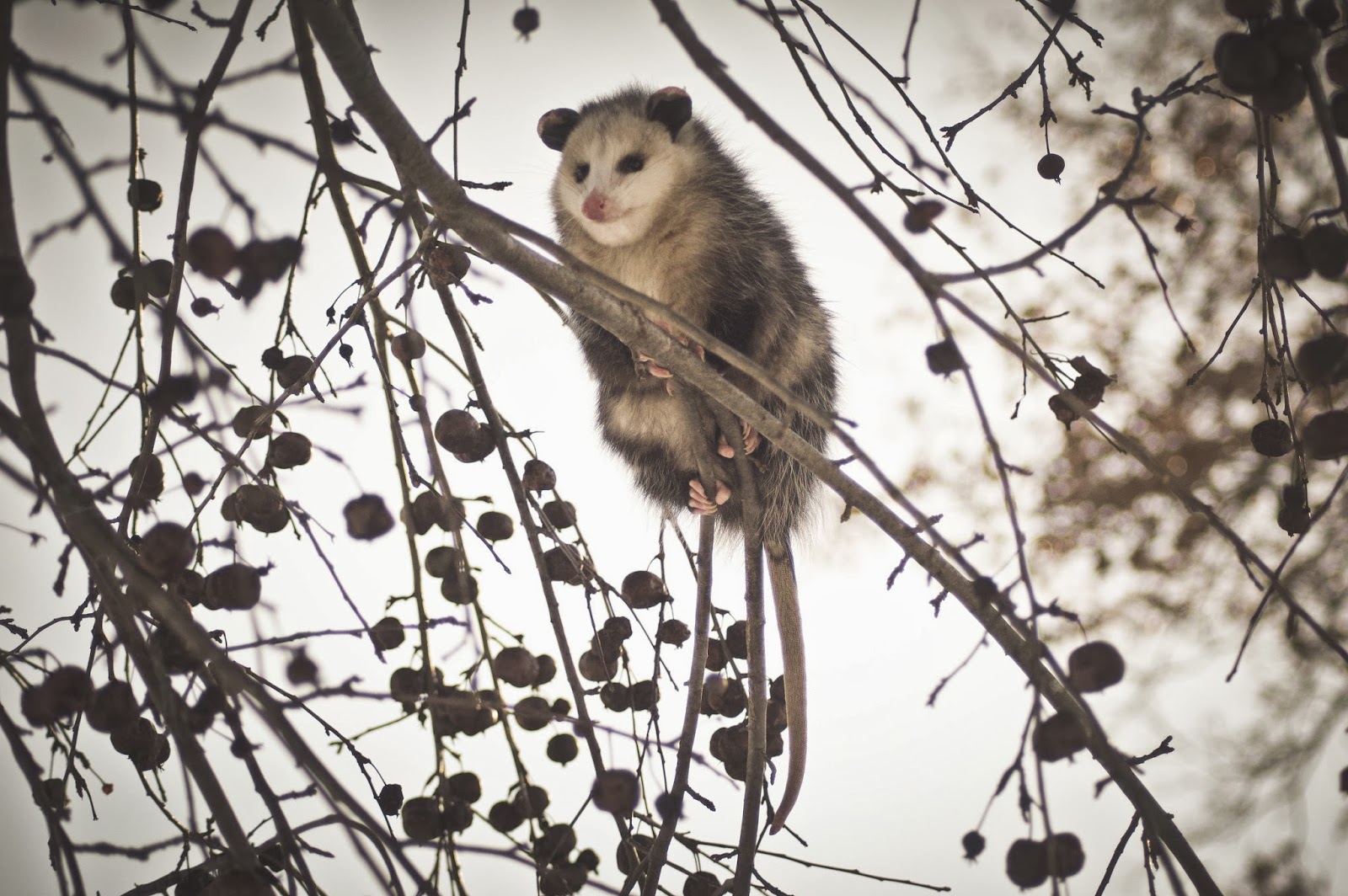 anyhow, all i know is that his appearance and our little visit with him, made our hike that much more fun and beautiful. i mean a deer would have been great, wild turkeys are always fun, but so skittish and hard to photograph or an eagle would have been cool, but i'm not picky when it comes to wildlife. i love them all.
Posted by beth at 5:32 PM