aperture instead of auto....well, it's a start 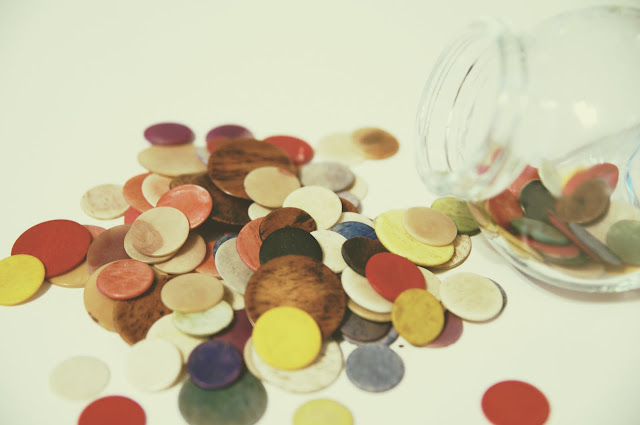 this photo is just fun
which is what i needed when a few people who i adore said
"are you crazy"
"teaching aperture is hard when everyone has a different camera and multiple lenses"
and
i banged my head against the wall
~
but
if you know me
i kind of like challenges
so here goes
~
in order to get everyone on the same play ground and not talk about or get confused about focal length and iso and exposure and shutter speed and spot metering {today}....everything i'm suggesting you do is based on you being outside on a beautiful sunny day, so that light is not a factor and all we're going to do is take our cameras off of auto and put them on aperture priority instead. that will be an A or an AV on your camera. if you have a point and shoot, your lower numbered aperture is your portrait setting and your higher number aperture is your landscape setting....so i've been told.
~
aperture refers to the opening in the camera through which light passes into the lens
~simple right, until you read the definition below which is opposite to our thinking~
~
the smaller your aperture number, the more light you'll have to work with
the larger your aperture number, the less light you'll have to work with
or
as my hubby likes to say....if you squint your eyes, one thing is in focus and the background is blurry, which is how he remembers that that means you need a little number if that is the effect you are trying to get. if you want everything in focus, open your eyes wide and that represents a larger aperture number.
~
most aperture numbers will look something like this
1~1.4~2.8~4~5.6~8
and
on up
~
now today, on our bright and sunny play ground, the reason for playing with your aperture is to get your subject in focus and to blur out your background. this is called "depth of field" or "dof".......if your aperture is set at it's lowest, let's say 2.8 and you have a flower right in front of you, you will have a narrow depth of field, since the area in focus is relatively narrow and your background will be blurry.
~
let's look at my examples below 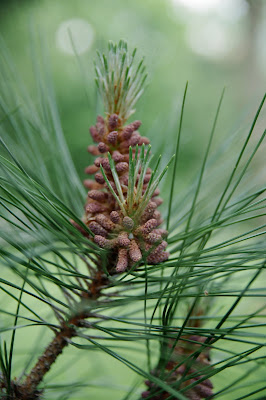 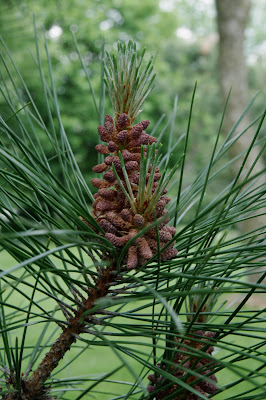 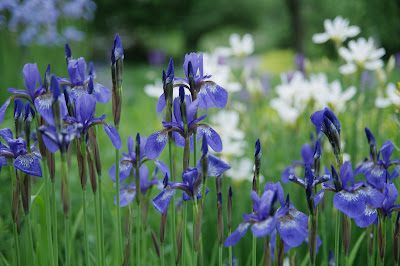 aperture 2.8
~i only wanted to concentrate on the purple irises~ 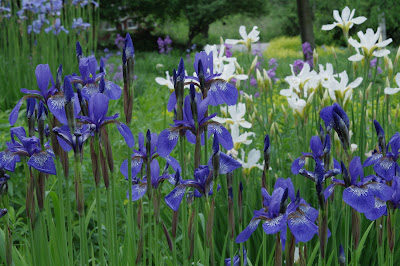 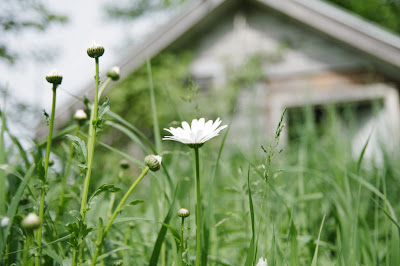 aperture 2.8
~see the difference in the sky, overall color and blurred house~ 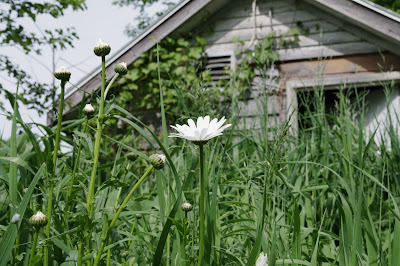 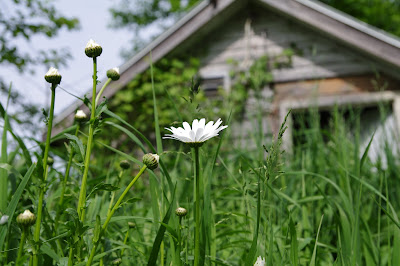 aperture 5.6
~i switched to auto for this shot just to see what it would take my aperture to and it took it to 5.6 which is what the camera wanted and that's fine, but i prefer a blurrier background~ 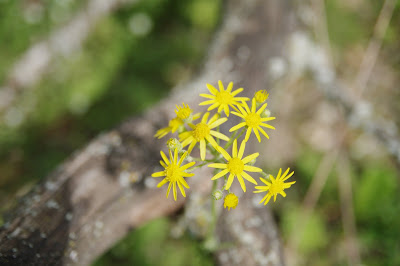 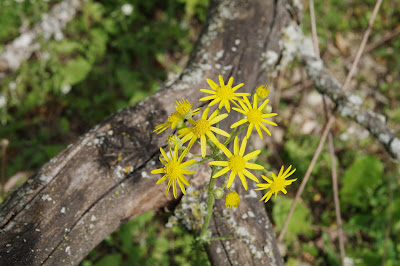 aperture 10.0
~~~
most of these photos were at a focal length of 30-50 mm and since those of you with a d-slr have your kit lens, you should be able to get something similar, photo wise. beware though, that you might have lenses that don't go as low as 1.4 or 2.8...they may only be a 4.6 aperture lens, in which you will have lots of experimenting to do.
~~
one thing you might notice when playing with aperture, is the change in coloring in your photos...more of a washed out look....and some of you might not like that and others will be playing with their photos in photoshop, so that doesn't really matter then.
~
i think one of the most important times to know how your aperture works is when you are shooting portraits. it's really nice to be able to eliminate an ugly background when you have a cutie patootie in front of you. also, if you are in a low light situation and you don't want to use your flash {which is always me} you need to set your aperture at it's lowest setting. granted there are some other things you'll also need to change, but remember we are just at the beginning of learning something new and this is a good start.
~~~
like i said earlier, there are so many other components to your camera to go along with aperture and beautiful photos, but if this can be a start for you to stop shooting on auto and makes you feel like you have a bit of control over your camera, then it's certainly worth playing around a bit. it took me learning aperture to feel confident to shoot on manual and all i can suggest is to photograph something everyday. don't leave your house without your camera. take too many photos of everything. if you're not driving, yell "pull over" when you see something fantastic and most of all, don't be afraid to play. you can always go back to auto if you get frustrated, but if you have a nice d-slr which many of you do, play...play...play and learn to love what you're holding in your hands.
~~
by the way
i'm not a teacher at all
seriously
not one little bit
so
if any of you have suggestions you want to add...or corrections or questions....throw them this way. let's have a party.
~
i'll bring the mike's hard lemonade
*
Posted by beth at 5:34 AM