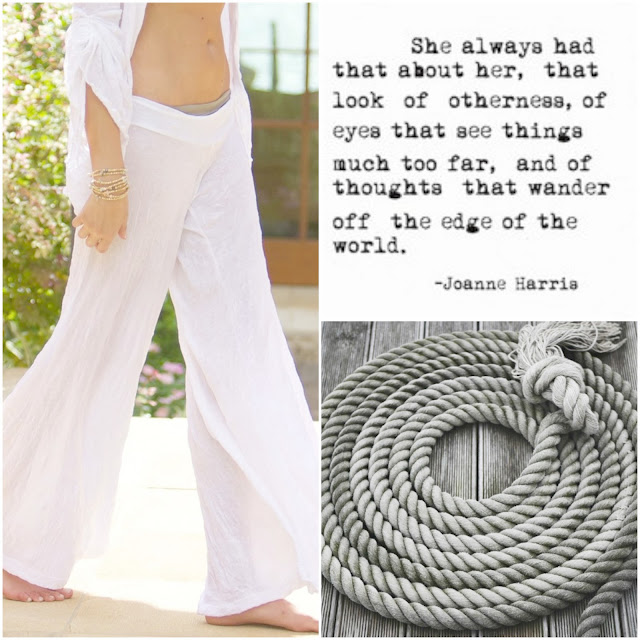 well it's friday and i guess if you're here, you survived whatever the week has thrown at you. my week has been filled with sleepless nights. i mean i sleep, but only for about five hours and after enough nights of that insanity, i'm going a bit mad. now granted, i've seen some beautiful mornings, but personally i'm guessing that mornings at oh, let's say around nine, after eight hours of sleep, would be just as lovely and my eyes would actually be open enough to really appreciate them.

the quote above i adore. it's how i'd love to be described. maybe it could be my epitaph. can you have an epitaph just because or does an epitaph have to live on your tombstone? if that's the case i'm in trouble, as i plan on being cremated. don't judge me. i know that probably seems a bit morbid, but i've been up since 4:30 and lack of sleep after multiple days gives you lots of extra thinking time.

join me in the august break this year? i do it because it basically doesn't have any rules, august is my birthday month and i love susannah, so it's a win win situation.

how do you feel about baby george? i'm pretty much okay if i don't see him again until his first birthday. don't judge me. it's the media's fault.

tomorrow it's going to be cold here. yep, cold they said. cold as in wear a jacket to the farmer's market. are you flipppng kidding me? we have hardly had "summer" and if i have to wear a jacker tomorrow, it won't matter where you live, you just might hear me scream.

have a great weekend everyone!
Posted by beth at 6:15 AM