can i see some identification please..... 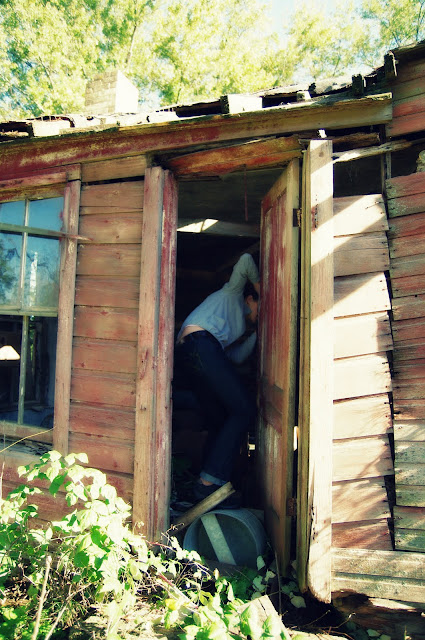 while claire was visiting
we did what i do best and what she also really wanted to do
trespass
~
well, not really trespass on purpose, but instead take photos of an incredible old house and its outbuildings, where a no trespassing sign hangs. well, we got caught. the first sheriff on the scene tried to be all bad ass on us, but once he checked my license and her passport and found there weren't any warrants out for our arrest, he loosened up and said the property's been vacant for over 20 years and that he hasn't a clue to who owns it. this in a sleepy little town of about 38 people. go figure.
~
but
the second sheriff on the scene was a hoot and we talked to him after the first one left. he loves photography and even had all of his equipment with him. he had just gotten back from the grand tetons, for the "soul" purpose of taking pictures, telling us how much we would love that area. then he shared his map and pointed out another little sleepy town he thought we would love if we wanted to add that to our morning outing.
~
the rifle hanging right above his head was huge
but he sure seemed like a puppy dog to us. if only he had been the first one to find us. then the three of us could have had an amazing photo shoot, while basically being protected while we trespassed. now that's a photographer's dream. 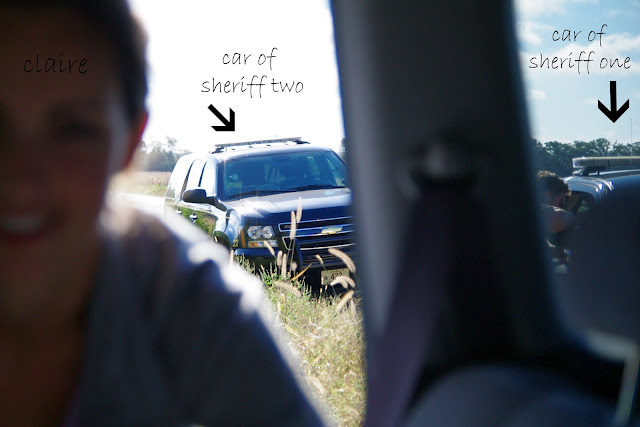 prior to
"i'll never forget this trip to the states"
here's claire's trip in a line up. get it. line up. police humor.
~
1. arrives without keys to get into her locked suitcases, so john breaks them open with plier like wire cutters and laughter.
2. we went to 2 farmer's markets and bought kettle corn and fingerling potatoes.
3. anthropologie made us drool. we bought a few things and even sneakingly took more photos on my camera phone which is against the store policy. we are bad asses i tell you.
4. her lunch at one of my favorite spots was scrambled eggs with sun dried tomatoes, arugula and feta cheese. i had the shitake soup and salad. we ate and talked for hours.
5. off we ran to the pumpkin patch, after grabbing my daughter, since this was something she had never seen before. and wow, did we learn about pumpkins.
6. a stop at the local market for cheese curds...once again, a new food.
7. home for grilled burgers made by my hubby, who was a saint and did everything for us while claire was visiting, but not before munching on the kettle corn and cheese curds. the dinner included the fingerling potatoes so she could taste how we make them in a frying pan.
8. i had the privilege after dinner of seeing her gorgeous wedding photos
9. bed
*
DAY TWO
1. we got caught trespassing at 10 am. whatever.
2. off to the most incredible flea market that claire said was better than any she had ever seen before and this girl has traveled.
3. we met up with adorable georgia, who has a birthday coming up the end of this week and who looks {seriously} ten years younger than she is.
~
then came the hugs and the laughter and photos and jewelry buying and jumbo hot dog eating and more buying and laughing and oohing and ahhing. acutually there was so much oohing and ahhing. and "if i only had room for that" and "those are my colors" and "that is so you"
~
when the market was over, we headed to culvers. i had to make sure that claire got to taste fried cheese curds and frozen custard before she left. so we ate and laughed some more. talked about favorite movies and so much more. and then tearfully i said good bye. i had met georgia last year and since she lives close by, i know i can honestly see her anytime i want and which i really need to make a point of doing. but claire. well now it's my turn. i will see her again. i will go to south africa. yes, she's currently living in ireland, but after everything we talked about, south africa is calling my name. 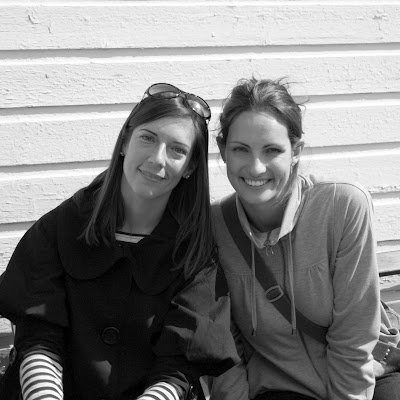